Here at the Wargames Holiday Centre we like to put historical epics and this time we have come up wth a real treat for all you Ancients lovers out there. We have teamed up with Simon Miller

Here at the Wargames Holiday Centre we like to put historical epics and this time we have come up wth a real treat for all you Ancients lovers out there. We have teamed up with Simon Miller of “BigRedBat Blog” fame to present a fantastic weekend of Iconic battles or Rome. 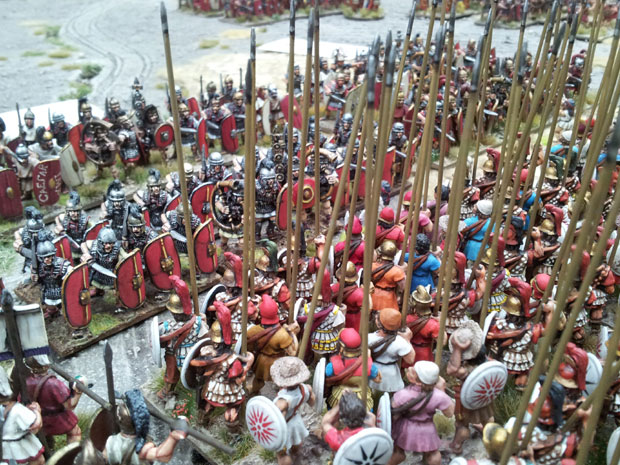 Simon Miller has one of the UK’s largest collections of 28mm ancients miniatures. He has tied up with the Wargames Holiday Centre to present a weekend of ancient gaming, on the theme of “Rome at War”.

The rules used will be Simon’s “To the Strongest!”, copies of which will be provided in advance but which can be quickly picked up on the day. The rules retain all the flavour of ancient warfare, and enable very large battles to be fought, at an exciting fast pace.

The four games have been picked to represent the diverse nature of the challenges faced by the Roman army during the Empire. All of the players will be able to play each of the four games at least once, over the weekend.

Game 1 Chaeronea 86 BC “The Last Phalanx”

Sulla’s battle-hardened legions clash with the last recorded phalanx of ancient history, under Mithridates of Pontus’ general Archelaus. Will the Pontic scythed chariots disrupt the Roman line? Can the phalanx withstand a hail of roman pila?

Caesar, invading Pompeian Africa in , is desperately of supplies. He is leading a force three legions of recruits to seek supplies, when sudden appearance of a vast dust cloud indicates the approach of a large enemy army, including many elephants… 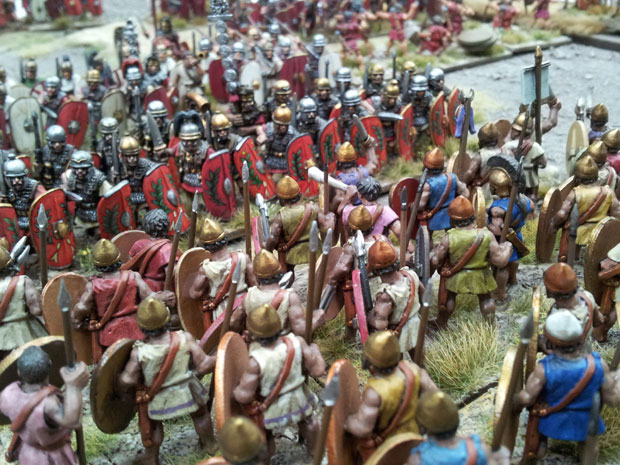 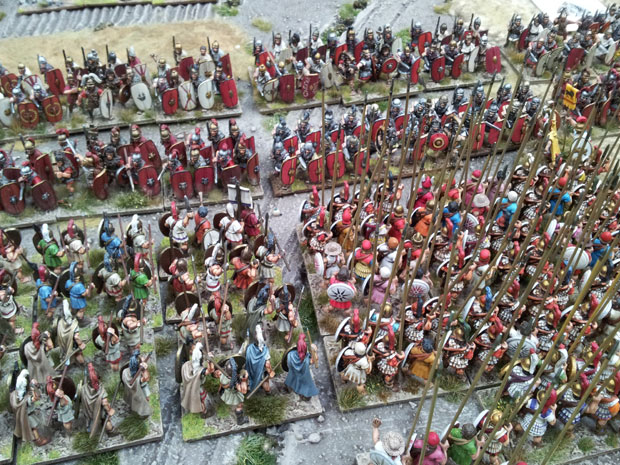 Early in the Civil War of 69 AD, a large Roman force of legionaries drawn from the Rhine garrisons, under Caecina and Valens, marches south into Italy. The Emperor Otho’s forces, including gladiators and ex-marines march north to meet them and a massive battle takes place near Bedriacum. 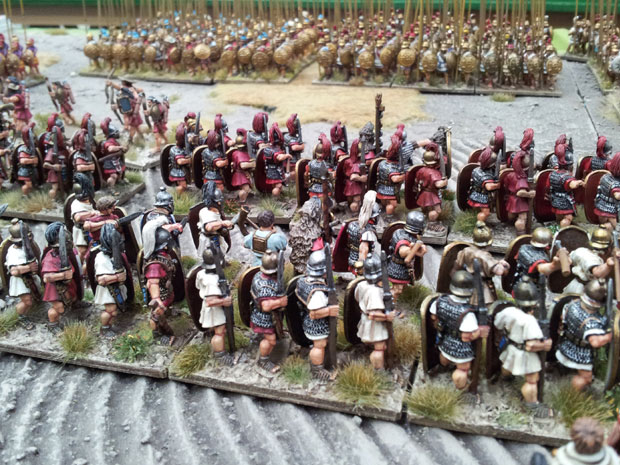 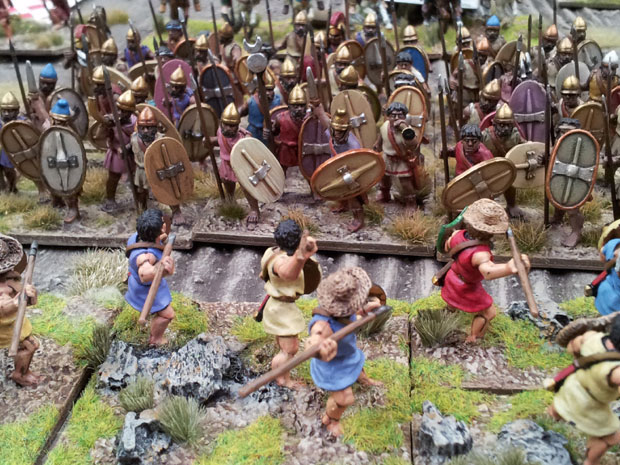 Betrayed by the garrison of Hadrian’s Wall, much of Britannia is under the heel Pictish, Scottish, Saxon and other invaders. A field army, led by Count Theodosius, has crossed from Gaul and is marching north to restore order, when it sights the banners of the Picts and Saxons, fluttering on a ridge ahead.

All this on one weekend….book to now to avoid disappoinment, these games are phenomenally popular!